Stanton is a graduate of American University and George Mason School of Law and began practicing law in 1980. Stanton is licensed in Virginia and D.C. and practices exclusively in the area of adoption law and assisted reproduction under the name of Adoption Legal Services, a division of Goldenberg & Phillips, PC. During the past 30 years, he has handled over 3,000 successful adoptions. These have included adoptions from just about every state and from more than 65 countries. Stan is rated “AV” by Martindale-Hubbell, the highest rating given to lawyers.

On September 20, 2006 Stanton Phillips was awarded the Congressional Angel in Adoption Award. The award is presented by Members of Congress to honor extraordinary work in enriching the lives of foster children and promoting adoption. Stan was nominated for the award by Senator John Warner and Congressman Frank Wolf in recognition to his contribution in drafting major revisions in Virginia’s adoption laws as well as recognizing his then 24 year professional career of helping children unite with their new families. 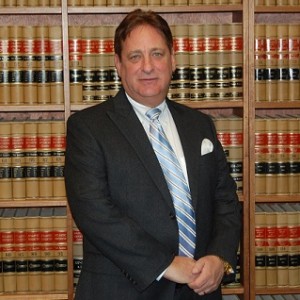 Stan actively participated in drafting the 1995 and 2006 major rewrites to Virginia’s adoption laws. In the District of Columbia, he was appointed by the Court as the first Chairperson of the D.C. Superior Court Adoption Rules Committee which created the District’s first comprehensive set of Court Adoption Rules. Also in the District, he was twice appointed, by two mayors, as the attorney member of the Committee for Placement of Children in Family Homes. 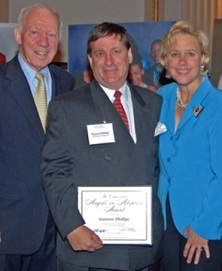 Stanton Phillips teaches professionals including other attorneys how to correctly handle adoption cases. He has taught adoption law in over ten courses to attorneys in seminars for which they received continuing legal education credit. He also taught to bar associations, law schools, social workers and adoption agencies.

Stanton Phillips has the understanding and experience to resolve adoption related problems and to minimize risks of potential problems. If a problem arises, he is an experienced litigator, who knows what is necessary and how to present your case to the court. Visit his Tysons Corner, VA office or schedule your legal consultation using the form below.