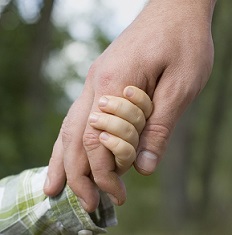 A stepparent adoption is when the spouse of a birth parent seeks to adopt that birth parent’s child. In Tysons Corner, VA the process bestows all rights and responsibilities of parentage on the spouse. A new birth certificate will be issued with the child’s new name and both the custodial parent and the spouse’s names as the parents.

If Divorced
If you were married to the other birth parent, it is easier, quicker and less expensive if that non-custodial parent consents. With the ex-spouse’s consent, the court may waive an investigation by social services and proceed directly to a Final Order of Adoption. The process generally takes four to six weeks.

If you cannot find the ex-spouse, then an Affidavit is submitted explaining why and a notice is published by the Court in a local newspaper. The court must order an investigation by social services. The process generally takes about five months.

If the ex-spouse does appear, his consent is still not required if he has failed to visit the child without just cause for a period of six months. If the ex-spouse continues to object, the court will schedule a hearing to determine if the adoption will be in the best interest of the child.

Never Married To The Other Parent
If you were never married to the non-custodial parent, then the court may waiver an investigation by county social services if the other birth parent consents, his identity is not reasonably ascertainable, he denies paternity, deceased or if he does not register with Virginia’s Putative Father Registry.

In Virginia, an alleged birth father is mailed a notice to his last known address and given 10 days to register with the State on Virginia’s Putative Father Registry. If the alleged father was never married to the mother, is not named on the birth certificate or has not been named the father by a court, then his consent shall not be required if he fails to register on the Virginia Putative Father Registry after being mailed a Notice.

If the non-custodial birth parent’s consent cannot be waived because he is on the birth certificate, paternity has been established by a court or he has registered with the Putative Father Registry, then the county social services must do an investigation. The birth parent is served with notice of a hearing and his consent will be waived if he fails to appear.

If the birth parent does appear, his or her consent is still not required if he or she has failed to visit the child without just cause for a period of six months. If the parent continues to object the court will schedule a hearing to determine if the adoption will be in the best interests of the child.

Your Lawyer
Stanton Phillips has the knowledge and experience to handle you stepparent adoption. If the other parent is cooperative or unknown your case should proceed through the courts in about four to six weeks. If an investigation by county social services is required, then the case usually takes four to five months.